Ben McGee was appointed to the rank of major on December 29th, 2016.

Major McGee is a native of the Atlanta metropolitan area and joined the Atlanta Police Department in 1989. He has held the ranks of: patrolman, sergeant, lieutenant and captain supervising units in the Field Operations Division, Strategy and Special Projects Division and the Criminal Investigations Division.

In 2002, he was promoted to the rank of sergeant and served in Zone Six prior to a four-year tour at the Special Operations Division-Motorcycle Unit.

In 2007, he was promoted to the rank of lieutenant and served in Zone Five initially as the mobile commander followed by four years as the Midtown precinct commander.

As a lieutenant, he served in various additional positions: commander of the Staff Inspections Unit, Planning/Research/Accreditation as the CALEA (Commission on Accreditation for Law Enforcement Agencies) and GPAC (Georgia Police Accreditation Coalition) manager as well as the first director of the Atlanta Police Leadership Institute.

In 2014, he was appointed to the rank of captain where he served Zone 6 as the assistant precinct commander prior to serving as the Homicide Unit commander in 2015-2016.

He holds a Bachelor’s Degree in Political Science from Presbyterian College and is a graduate of the Atlanta Police Leadership Institute as well as the Police Executive Research Forum’s (PERF) Senior Management Institute for Police (SMIP) in Boston, MA. 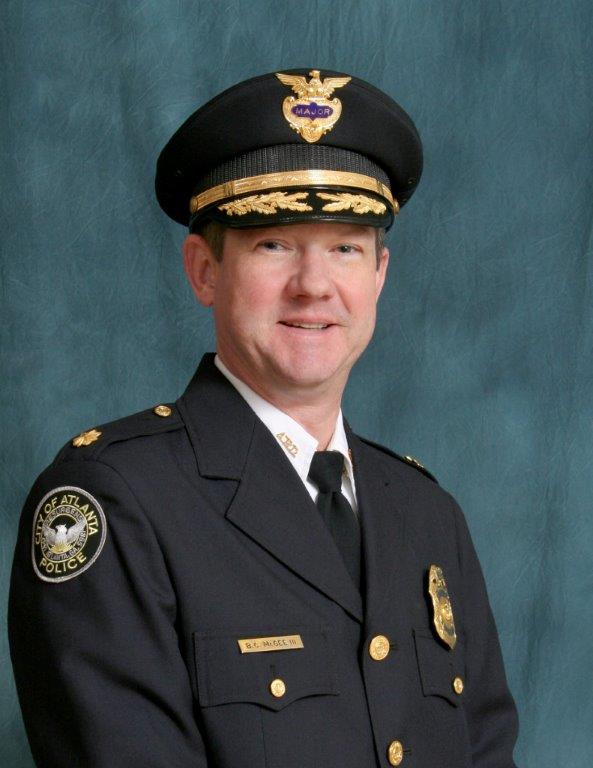