Deputy Chief Stacie Gibbs joined the Atlanta Police Department in August of 1991 and has more than 25 years of service. She has held the rank of patrolman, detective, sergeant, lieutenant, captain, and major.

Deputy Chief Gibbs began her career as a patrol officer in Zone 5. She was then promoted to the rank of detective and assigned to the Narcotics Unit, where she served for 5 years before being promoted to the rank of sergeant in 1999. After serving as the supervisor of the Auburn Avenue Precinct, Deputy Chief Gibbs returned to the Narcotics Unit as the Unit Commander for the Weed and Seed Unit. It was in this position that she supervised uniformed and undercover personnel concentrating on violent crime in the Pittsburg and Mechanicsville Community. In 2004 Deputy Chief Gibbs was promoted to the rank of lieutenant. During her 8 years as a lieutenant, she served in both the Field Operations Division and the Criminal Investigations Division, as a Unit Commander. As the unit commander for the Major Crimes, Special Victims Unit, she oversaw the implementation of the Domestic Violence Squad and the Child Exploitation Online Protection Squad.

In 2011, she attended the Police Executive Research Forum, Improving the Police Response to Sexual Assault, in Washington DC, where she was asked to present regarding the department’s procedures for investigating sexual assault cases. Deputy Chief Gibbs also served as the department’s representative to the Fulton County Child Abuse Protocol Committee, where she helped to rewrite Fulton County’s procedures for investigating and prosecuting child abuse cases. In 2012, Deputy Chief Gibbs was promoted to the rank of captain and assigned to Zone 4 as the Assistant Zone Commander. In 2013, she was promoted to the rank of major and assigned to the Information Services Section where she oversaw the building of the department’s state of the art Crime Lab. In February of 2016, she was transferred to the Corporate Services Section where she was responsible for the Background and Recruiting, Personnel, Fleet and Fiscal Units.

Deputy Chief Gibbs earned her Bachelor of Science in Criminal Justice from Georgia State University and her Master of Public Administration from the University of West Georgia. She is a graduate of Northwestern University’s School of Police Staff and Command and the Clark Atlanta University Rising Stars Leadership Development Program. 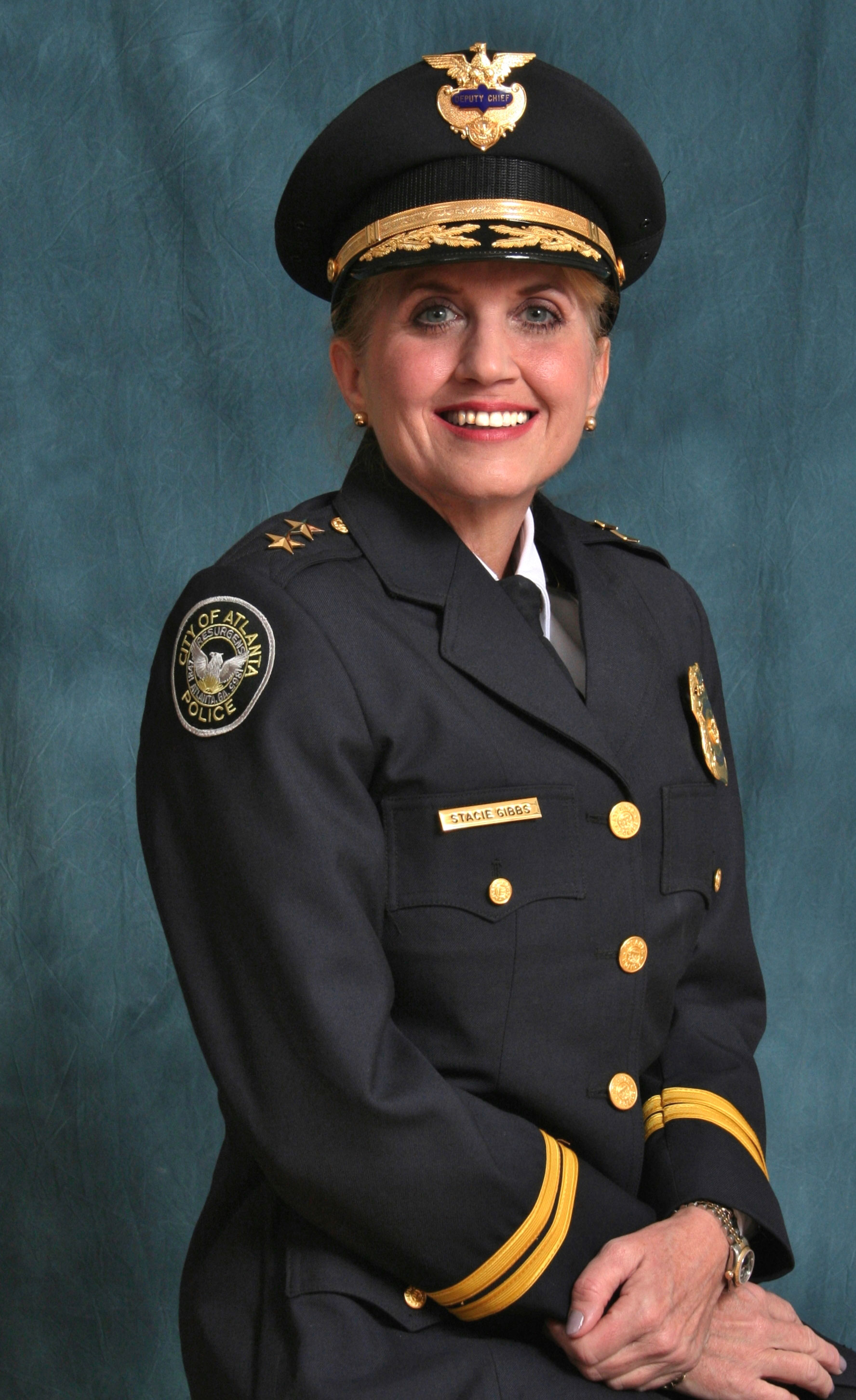