Major Richard A. Mason II, originally from Bad Axe Michigan, has more than 25 years of law enforcement experience ranging from narcotics and gang units to establishing the regional auto theft task force. He joined the Atlanta Police Department in 1993 and in January 2018, was appointed to Major and assigned as the Special Enforcement Section Commander.

In January 1994, just out of the academy, he was assigned to Zone 6. Mason realized to get where he wanted he had to be meticulous. During his tenure in the zone, fraudulent auto insurance documents were rampant. Mason created his own system allowing him to immediately identify fraudulent documents. His efforts eventually lead to the take down of one of the major players making fake auto insurance cards.

From June 1999 to March 2004, he was an investigator and worked in multiple units, building cases against some of the most notorious criminals and crews in the City of Atlanta. He set records for arrests and warrants served simultaneously which helped solidify his reputation. During this time, he was sought out to work undercover assignments with the FBI, ATF, DEA, and Secret Service, assisting their efforts in multiple high-profile assignments.

Promoted to Sergeant in March 2004, he ran field operations in zones 1, 2 and 4 where arrests increased under his watch. In January 2010, he was promoted to Lieutenant and assigned as the Zone 5 Mobile Commander, Field Operations Division where he remained until May 2010. He was assigned as the Zone 4 Commander of the Field Investigations Team (FIT) in May. Under his direction, the FIT Team continued to increase their productivity and the unit became trained to serve high risk search warrants. He remained the Commander of FIT until September 2011when he was asked to create and command the first Regional Auto Theft Task Force under the Criminal Investigations Division. Under his leadership, the unit had a clear-up percentage of 16.9 in comparison to the national average of 7-9 percent. In May 2012, he was assigned as the Criminal Investigations Division Narcotics Commander. While in command and rebuilding the narcotics unit, drug and cash seizures increased significantly.

In November 2015, Mason was made Captain, Assistant Zone Commander Zone 4 where, under his command arrests increased again. Mason attributes the continued success of officers in his units to making the job fun while expecting their best. He remained at Zone 4 until January 2018, when he was appointed Major, Special Enforcement Section.

Major Mason holds a Bachelor of Science Degree in Criminal Justice Administration from Bellevue University and holds the distinction of Officer of the Year from the Atlanta Police Emerald Society as well as several other commendations and recognitions. He is a proud father and grandfather who enjoys fishing and hunting in his spare time. 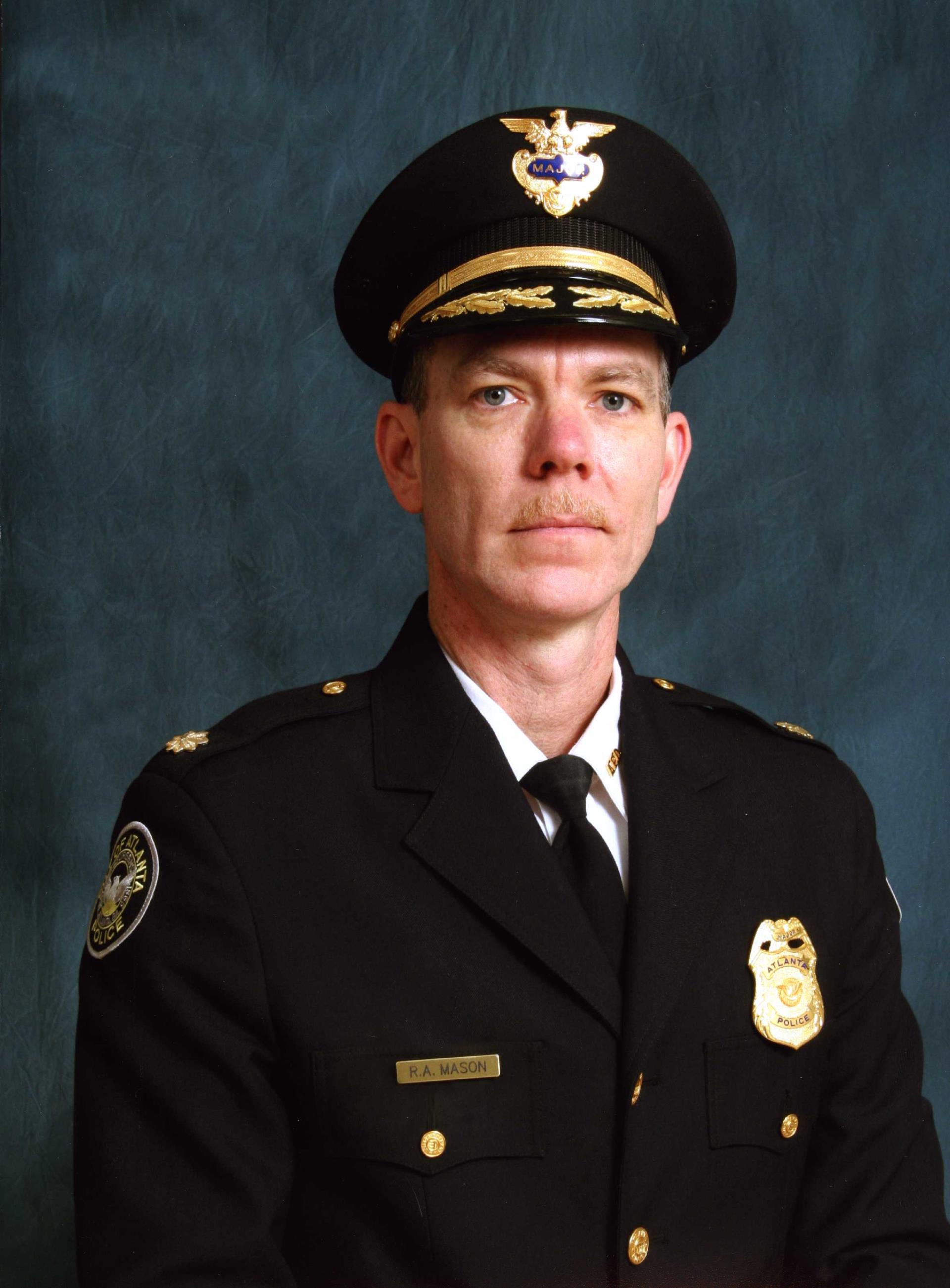