His first assignments included working Zone 4 as a patrol, plain clothes and field training officer. In Zone 4, he excelled in community relations, problem solving and developed an impeccable skill in the field of interview and interrogation and was awarded “Officer of the Year” in 1996.

In 2003, he was promoted to the rank of Police Investigator, specializing in robbery investigations. While serving in this capacity, he provided successful courtroom testimony and prepared court bind-over packages; thus effecting successful courtroom prosecution. His investigative skills in pedestrian robberies, home invasions, and car-jackings resulted in a solved case rate of 62 percent.

In 2004, he was promoted to the rank of Sergeant and assigned to Zone 4, Field Operations Division, with his concentration primarily in investigative squads. In this capacity, he developed crime fighting strategies that helped to combat several crimes such as robberies, assaults, burglaries and auto thefts in Southwest Atlanta.

In 2007, he was assigned to the Office of the Chief, Office of Professional Standards Division. There among other things, he investigated and partnered with law enforcement agencies to combat corrupt officers. As a result, he was selected to serve as the lead Investigator on one of the largest landmark corruption case’s in the Department’s history.

In 2010, he was promoted to the rank of Lieutenant and assigned to the Target Enforcement Unit, Special Enforcement Section. There he oversaw investigations involving criminal street gangs. In this role, he developed a comprehensive gang database, strategizing gang prevention, and developing methods to acknowledge criminal street gangs. His unit produced strategies that increased the identification of gang members by 15 percent.

He was later assigned to the Atlanta Police Athletic League (PAL) as the Unit Commander. In that capacity, he partnered with local schools to boost education about child safety, date rape prevention, and other youth related crime prevention programs. His biggest enjoyment was securing major sponsorships that supported free athletic and after school programs for PAL kids.

In 2015, he was promoted to the rank of Captain where he served as Night Commander and later assigned to the Hartsfield Jackson Atlanta International Airport. At the airport, he served as assistant commander and supervised specialized trained officers in the field of Explosive Detection K-9, Active Shooter and Explosive Ordinance Disposal (EOD) Robot Training.

On December 29, 2016, Deputy Chief Griffin was appointed to the rank of Major, and chosen to serve as the Zone 4 Commander in southwest Atlanta.

Deputy Chief has been married to wife Barbara for 29 years and they have two adult daughters. He is currently a covenant member of Word of Faith Family Worship Cathedral and longtime member of Kappa Alpha Psi fraternity Inc. 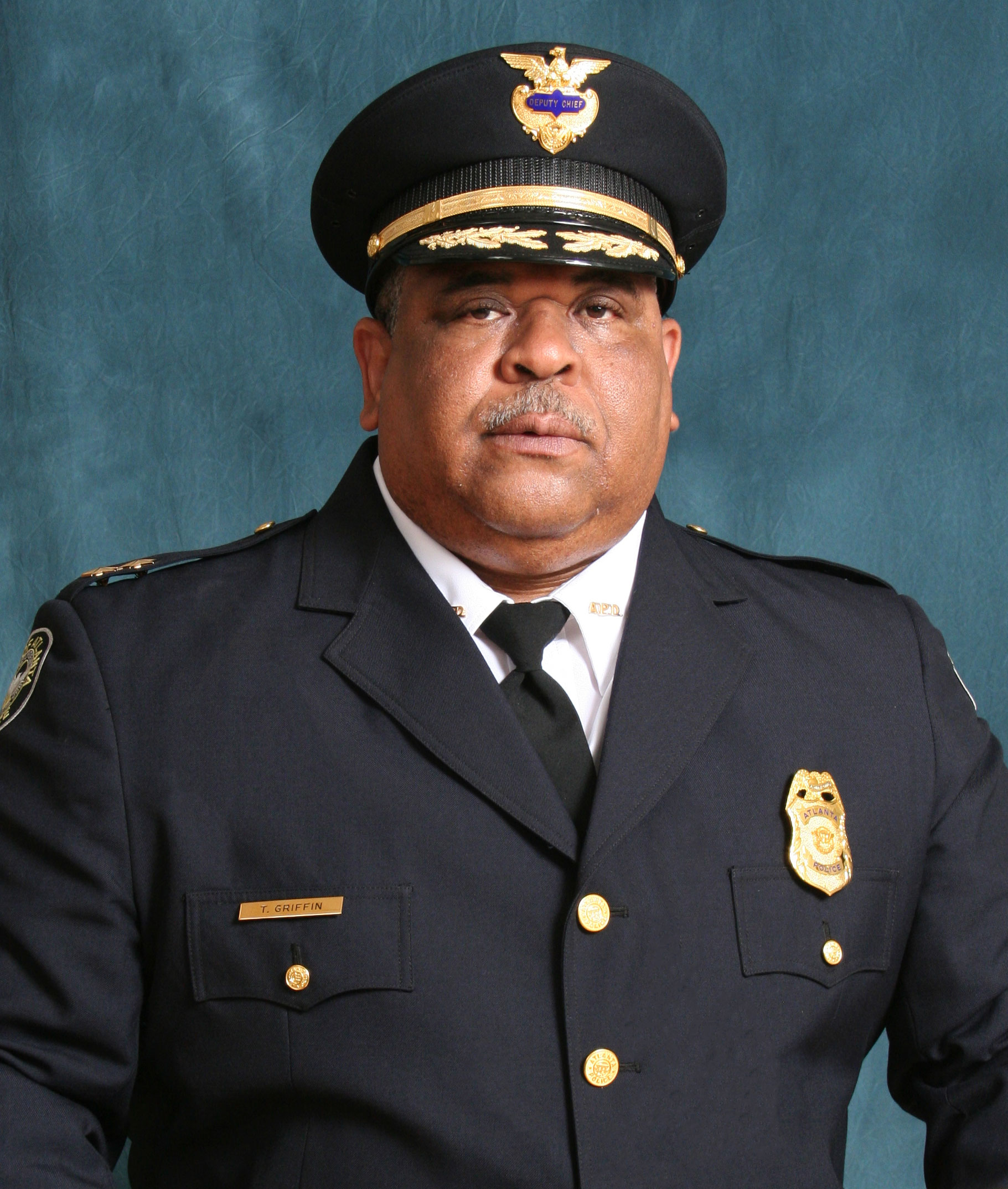