Major Collier is originally from St. Petersburg, Florida. He joined the Atlanta Police Department (APD) in 1998. Collier has a passion for analytics, computer technology, and efficient management strategies and he applies these skills daily to achieve positive outcomes for the department.

After graduating from the Atlanta Police Academy, Collier’s first assignment was in Zone 5. His experience and his analytical approach to addressing crime resulted in him landing a position within the Crime Analysis Unit (CAU), as a crime analyst. While in the CAU, Collier embraced the intelligence-led policing philosophy and continued to develop his talents in finding solutions and addressing crime concerns throughout the City of Atlanta. In his role as a crime analyst, Collier worked to identify specific and immediate crime trends and deployed resources based on patterns.

In 2004, Collier was promoted to investigator and was assigned to the Special Victims Unit where he investigated crimes of sexual and physical abuse against children. His work ethic, experience and innovative approach to crime deterrence led to his promotion to the rank of sergeant. Collier was assigned as patrol sergeant in 2007. During his tenure as patrol sergeant, Collier continued to focus his efforts on crime reduction by using effective resources and technology which earned him the opportunity to supervise the VICE Unit. While in this role, he was responsible for creating tactical plans and leading various undercover operations involving liquor, drug, prostitution and gambling violations.

In 2017, Collier was promoted to the rank of lieutenant and assigned as the Midtown Precinct Commander. In this role, he managed daily operations, addressed community crime concerns and continued to focus on crime reduction. Collier was later assigned as the commander of the Police Athletic League and then to the Special Projects Unit where he maintained and improved the department’s multi-million-dollar Video Integration Center (VIC). While working as commander at the VIC, Collier continued new technology implementations and obtained resources to aid the department in achieving crime reduction goals, as well as implementing new strategies to help the department reach its mission and goals.

In 2018, Collier was appointed to the rank of captain and assigned to Zone 6 as the assistant commander. In this capacity, he helped manage the daily operations, and oversaw the activity of 136 sworn peace officers, while effectively using resources to reduce crime. In 2019, Collier was promoted to the rank of major and assigned to the Atlanta Police Academy where he currently serves as the Academy Director and Commander.

Major Collier is a graduate of Florida State University, where he earned a Bachelor of Arts in Criminology. In addition, he earned a master’s degree in management from American Public University. He is a graduate of the Northwestern School of Police and Command (#409) and the Atlanta Police Leadership Institute, Tier Five. Major Collier is a member of the Greek organization, Kappa Alpha Psi Fraternity, Inc. 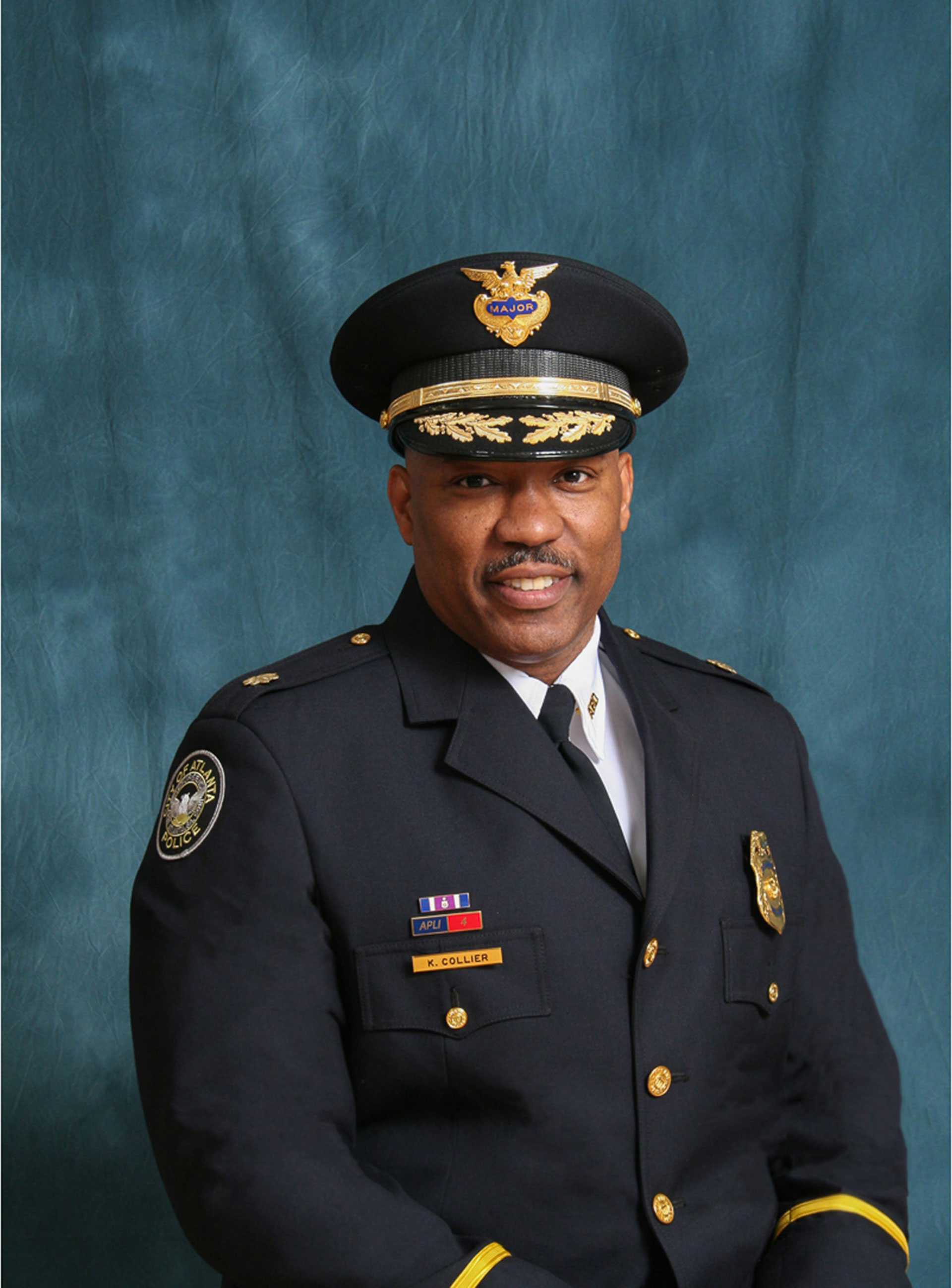