Major Carven Tyus is a native of Barnesville, Georgia. He joined the Atlanta Police Department in 1993. Tyus has more than 25 years of service with the department.

Tyus began his career as a patrol officer in Zone 1, in northwest Atlanta.  In 1999 he was promoted to the rank of detective and served in the Homicide unit and Special Victims unit for 12 years.

In 2011, he was promoted to the rank of sergeant and was assigned to Zone 5, in downtown Atlanta. While in Zone 5, he served as a watch supervisor and the Criminal Investigations Unit (CIU) supervisor.  In 2012 he was transferred to CID where he served in the Special Victims Unit and Commercial Robbery Unit. Later in 2012, Tyus was appointed as the Commander of the department’s Hostage Negotiation team.

In 2015, he was promoted to Lieutenant and returned to Zone 5. During his tenure in Zone 5, he served as the morning watch commander, midtown precinct commander and CIU commander.  In 2016, he returned to CID where he served as the Homeland Security Commander and the Homicide Commander. He was appointed to the rank of major on July 10, 2018 and assigned to serve as the Commander of the Office of Professional Standards.

Tyus holds a bachelor’s degree in Criminal Justice from Columbia Southern University and is a graduate of Atlanta Police Leadership Institute Tier 5. 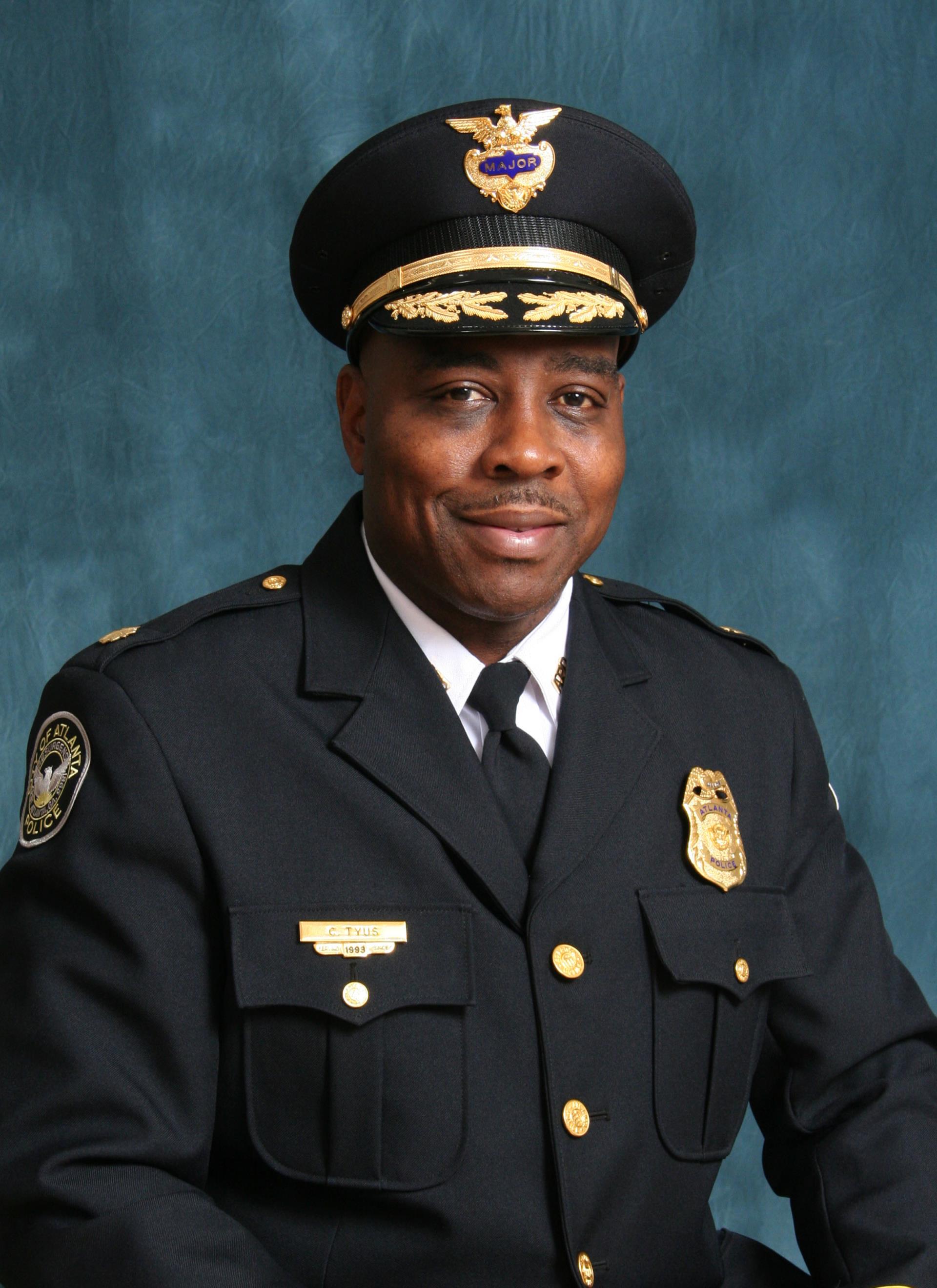