Major Charles R. Hampton Jr., originally from Milwaukee, Wisconsin, has more than 20 years of law enforcement experience, including six years with the Milwaukee Police Department. He joined the Atlanta Police Department (APD) in 2001 and was the valedictorian of Class 175 at the APD Academy.

In 2013, Hampton was promoted to Lieutenant and assigned to Zone 4 where he commanded the evening watch shift as well as the zone’s Criminal Investigations. He remained in Zone 4 until he was selected to become the Homicide Commander in 2014. While commander of the unit, clear-up rates for cases increased, including many cold case investigations. The unit was featured on A&E’s reality TV program – the First 48. This show depicted the dedication of the men and women assigned to the prestigious “Hat Squad,” APD Detectives who wear fedoras to commemorate solving their first murder investigation.

Major Hampton graduated from Marquette University with a BA in Criminology while finishing the Milwaukee Police Academy. He is married with two beautiful daughters and currently resides in the City of Atlanta. He is a member of the Alpha Phi Alpha Fraternity, Inc, a graduate of the Northwestern School of Police and Command (#399) as well as the Atlanta Police Leadership Institute (Tier 4).  He is also a POST certified Instructor. 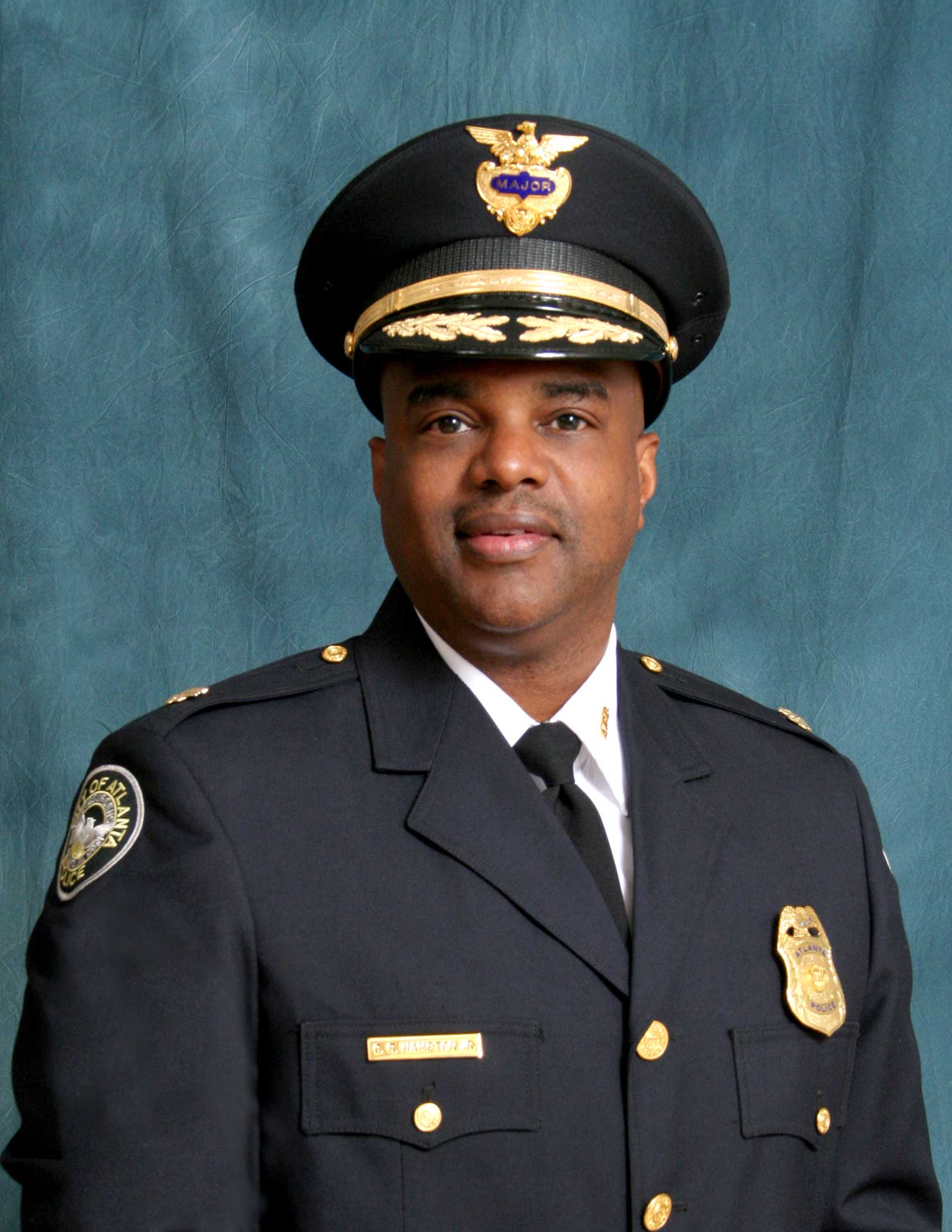