A native of southern Illinois, Deputy Chief Schierbaum joined the Atlanta Police Department in 2002 after ten years with the Johnson County Illinois Sheriff’s Department.   After graduating as class valedictorian of Academy Class 180 he was assigned to Zone 5 where he held a number of assignments including Beat Officer in the Midtown neighborhood, plainclothes detail officer, and a member of the HOPE/Crises Intervention Team.  He was promoted to Sergeant in 2007 and served in Zone 6 as a sector Sergeant on the Evening Watch.  As a Sergeant, he would later supervise the Zone 5 Burglary/Larceny Unit which successfully lowered the number of burglaries occurring within the downtown and midtown areas.
Following his promotion to Lieutenant in 2009 he commanded the Zone 6 Morning Watch, Evening Watch, and later Field Investigative Team before being assigned to the newly formed Community Oriented Policing Section (COPS).   While at COPS he commanded the Community Liaison Unit, LGBT Liaison Unit, Hispanic Liaison Unit, and the Graffiti Abatement Unit.
He was promoted to Captain in 2013 and assigned as the Assistant Commander of the Communication Section where he oversaw operations of the 911 Center which answers more than 1.1 million 911 calls annually and provides all dispatch services for the Police and Fire Departments.  While assigned to the Communications Section the team was responsible for achieving maximum compliance during the Insurance Services Office (ISO)communications center assessment which was instrumental in the Atlanta Fire Rescue Department obtaining an ISO Class 1 rating – the highest rating awarded to awarded and a rating held by only 136 communities our of 48,000 nationwide.
In January of 2015 he was promoted to Major and assigned to the Special Enforcement Section which is comprised of Units which carry out the Department's mission to combat illegal drug sales within the city, counter terrorism investigations, violent repeat offender federal prosecutions, joint APD/FBI gang investigations, and joint APD/ATF gun crime investigations.

In March of 2020 he was promoted to Deputy Chief and assigned to the Strategy and Special Projects Division.

Deputy Chief Schierbaum is a resident of the Midtown community and enjoys spending his off time at books stores and exploring historically significant sites in and around the city.   He holds a bachelor’s degree in Criminal Justice and is currently enrolled in the Columbus State University Command College’s master’s program. 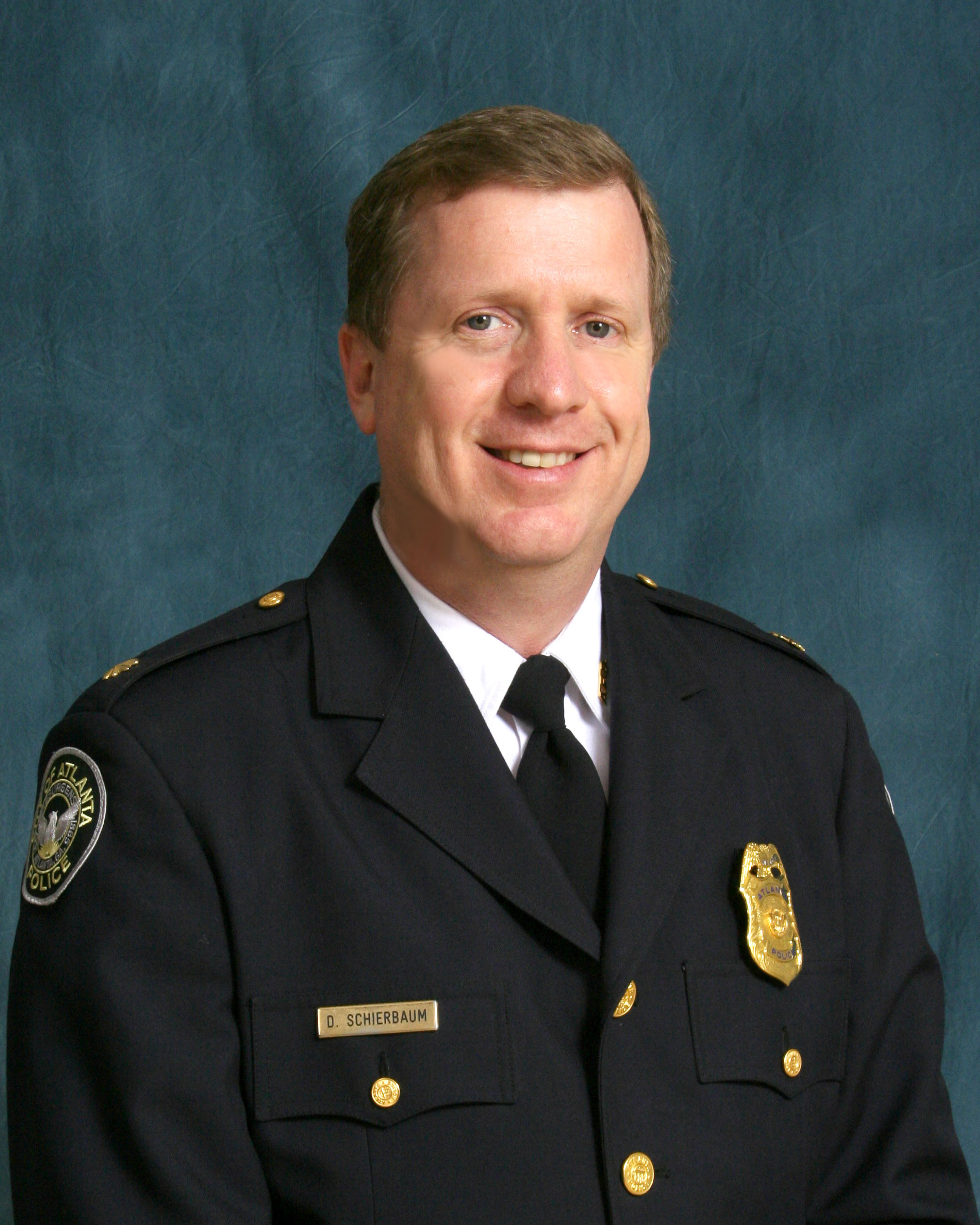