Todd Coyt is currently the Assistant Police Chief of the Atlanta Police Department. He was promoted to the rank of assistant police chief in May of 2019. Highlights of his twenty-seven-year career with the Atlanta Police Department include: selected to participate in the Federal Bureau of Investigation (FBI) Police Executive Fellowship Program, received an FBI commendation and a Supervisor of the Year award. His assignments have included Crime Suppression, Fugitive, Homeland Security, Intelligence, the Training Academy and the School Detective units.

From 2014-15, Coyt served as a Fellow with the FBI, assigned to the Joint Counterterrorism Assessment Team in Washington, DC. He provided a local perspective on national and international law enforcement issues, improved information and intelligence sharing within the law enforcement community and advised local law enforcement leaders across the country.

Coyt was promoted to captain in 2013 and assigned as the Night Commander. He was responsible for managing field operations, providing command level supervision at all major city events and conducting all media interviews at major crime scenes. In 2014, he was assigned as Assistant Zone Commander of Zone Three where he supervised uniformed, investigative and administrative personnel. He provided command level supervision in emergency situations such as major crime scenes, civil disturbances, and natural disasters.

As a lieutenant assigned to the Homeland Security/Intelligence Unit, Coyt was the unit commander and supervised investigators assigned to the Homeland Security, Intelligence, Electronic Surveillance, and Cyber Crimes Units, and Joint Terrorism Task Force, Immigration and Customs Enforcement. Prior to that assignment, he was a Crime Suppression Unit Commander in Zone One.

While a sergeant, he was assigned to the Zone Three Field Operations Division, School Detective Unit, and the Atlanta Police Training Academy. At the Training Academy, he was responsible for developing and instructing specialized training and yearly training (in-service) curriculum. He also assisted with the development and implementation of the Active Shooter Response Team curriculum and was one of the primary instructors.

Coyt is a P.O.S.T. certified instructor and a Defensive Tactics Instructor and often teaches both police recruits and senior officers. He earned a Bachelor of Business Administration in Marketing from Ohio University and a Masters of Public Safety Administration from Columbus State University in 2015. He is still an active member of Kappa Alpha Psi Fraternity Incorporated. 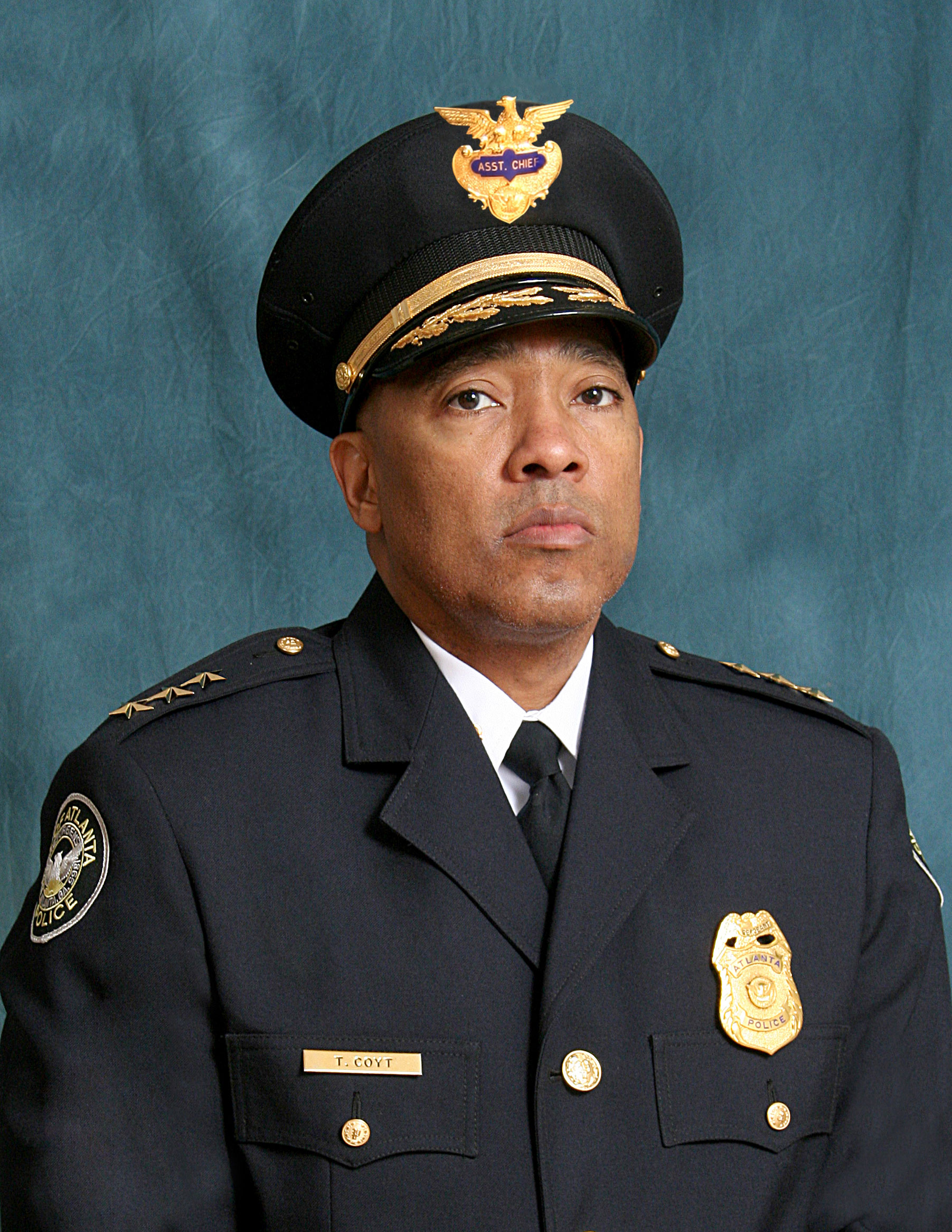