Major Jacquelyn Gwinn-Villaroel is a native of Atlanta. She joined the Atlanta Police Department (APD) in 1997. After graduating from the academy, she was assigned as a beat officer, in Zone 3, in southeast Atlanta. She later worked several years as a plain clothes officer on the Field Investigation Team.

Several years later, Gwinn-Villaroel promoted to detective and worked in the Criminal Investigations Division gaining experience in the following units over the next eight years: Family Violence, Gangs and Guns, Narcotics, and Vice. Her hunger for knowledge fueled her growth in APD, and the in-depth experience she gained investigating and obtaining successful prosecutions on a wide array of cases ignited her zeal to become a supervisor to help shape the future of the department by mentoring and guiding new officers.

In 2010, she promoted to sergeant and was assigned to Zone 4, in southwest Atlanta. She worked in various roles as a sergeant to include administrative sergeant for the Atlanta Police Academy and later the Department of Human Resources. In 2017, Gwinn-Villaroel promoted to lieutenant and was assigned as the watch commander in Zone 6, in southeast Atlanta. She also served as the commander for the Tactical Crime Analysis Unit.

Two years later, Gwinn-Villaroel promoted to the rank of captain and was assigned as the assistant commander of the Major Crimes Section. In January 2020, she was appointed to the rank of major and is currently assigned to the Atlanta Police Academy as the training academy director.

Major Gwinn-Villaroel holds a Bachelor of Science degree in Criminal Justice and is currently completing her master’s degree in Public Safety Administration from Columbus State University. She is a member of the National Organization of Black Law Enforcement Executives (NOBLE), the International Association of Chiefs of Police (IACP), and the Police Executive Research Forum (PERF). She is a POST Certified Senior Instructor for the State of Georgia, certified PEER Support Representative, certified American Heart Association, CPR and First Aid Instructor, Atlanta Police Chaplain, and is a graduate of Tier 3 and 4 Atlanta Police Leadership Institute. Major Gwinn-Villaroel is a wife, mother, and ordained minister serving as a pastor since 2005. 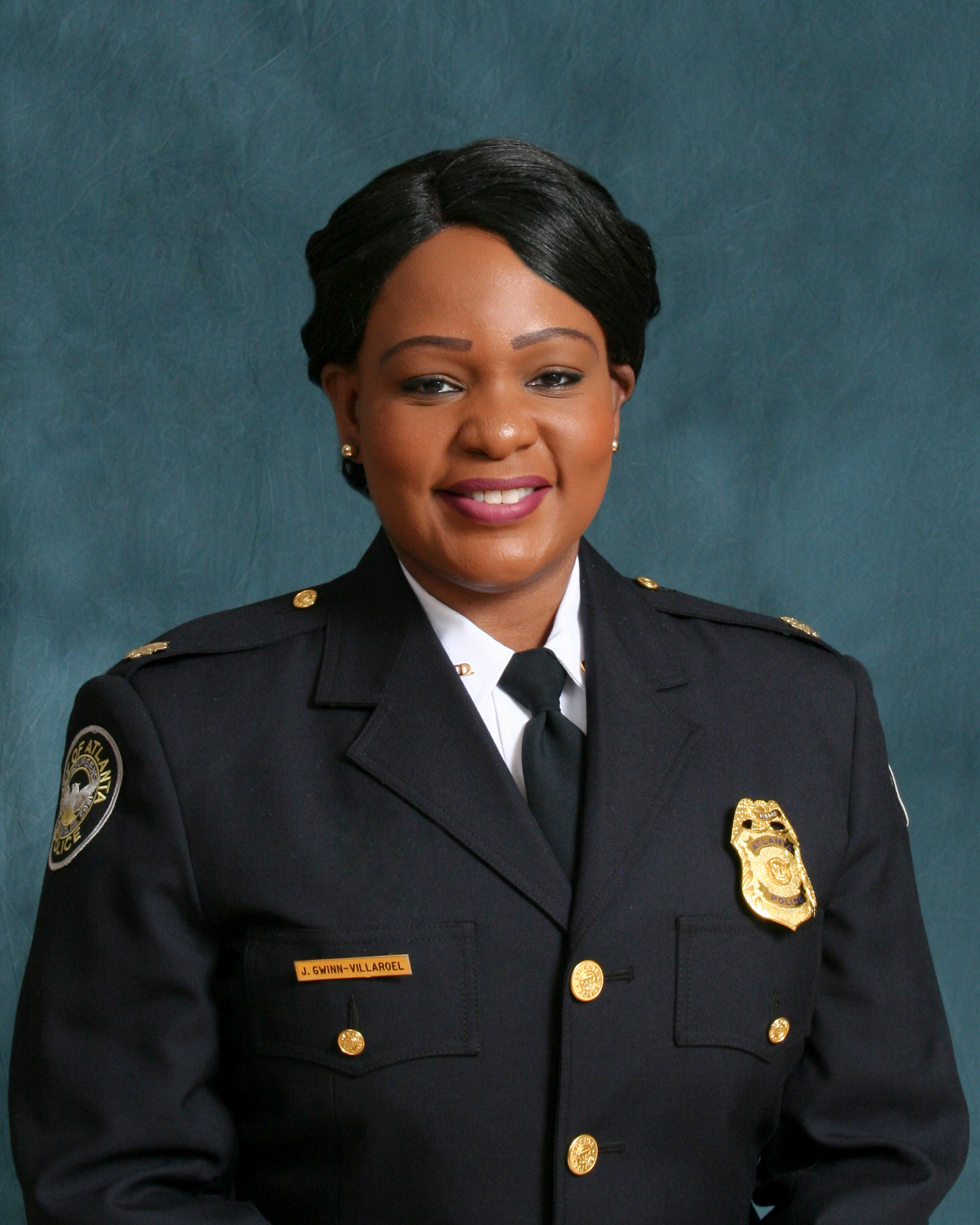