From January of 2019 until March of 2020, Browning was the commander of the Field Operations Division, Administrative Office since January 2019. Under her Command, the office has worked to ensure officers assigned to the field are properly utilizing and following policy and protocol regarding the Body Worn Camera (BWC), and the latest departmental technologies. In addition, as new technologies and resources are acquired for the Department, she ensures effective implementation and utilization of such acquisitions by field personnel, to maximize the benefit to officers and the public. Major Browning’s oversight in this area is guided by policy, with a heavy emphasis on transparency and citizen satisfaction.

Major Leanne Browning is an Atlanta native. She began her career with the Atlanta Police Department in 1995. Upon graduating from the police academy, she was assigned to Zone 1, in northwest Atlanta.  It was in Zone 1 where she took the academy classroom training and put it to practical use. Browning learned quickly the importance of police/community relations and engagement.  As an officer, Browning developed a passion for community policing that has continued to expand as she has progressed in tenure and rank.

In 2000, Browning was appointed to the rank of Investigator and assigned to the Gang Unit.  One of her notable accomplishments in the unit was a case she investigated from her time in Zone 1. The narcotics case she investigated resulted in a 30-count indictment under the Racketeer Influenced and Corrupt Organizations Act (RICO).

After September 11, 2001, public safety altered conventional response to catastrophic events and a multi-discipline approach and training was mandated by the federal government. The Homeland Security Unit for APD was formed as a result of those changes. Browning served as one of the first investigators assigned in the Homeland Security Unit.  While there she received specialized training in law enforcement response to terror/bomb attacks, infrastructure, key asset vulnerability assessment and Incident Command Systems training, for planned and unplanned events. Utilizing the training received, Browning was designated as the planning section chief. In that role she coordinated major events, such as the Atlanta Pride Festival, which is the largest festival held in the southeast hosting over 100,000 people in and around the city of Atlanta.  Browning has also been involved in many of the city’s major events from Occupy Atlanta, 2018 College Football Playoff Championship Game and Super Bowl LIII.

In 2012, Browning was assigned as the commander of the Video Integration Center (VIC), a real-time crime center utilizing public/private sector cameras and state of the art technologies to enhance the department’s crime fighting efforts. During her tenure in the VIC, her team increased the number of cameras accessible to the department from 17 to nearly 8,000.

Major Browning has studied martial arts since she was a sophomore in college. She holds a first-degree black belt in Oyama Karate and currently studies Aikido at the Aikido Center of Atlanta. She is ranked as a second-degree black belt. Major Browning holds a Bachelor of Arts degree from Samford University and earned a master’s degree from Saint Leo University in Criminal Justice Administration. She has a beautiful daughter in her senior year of high school who is interested in a career in the medical field. 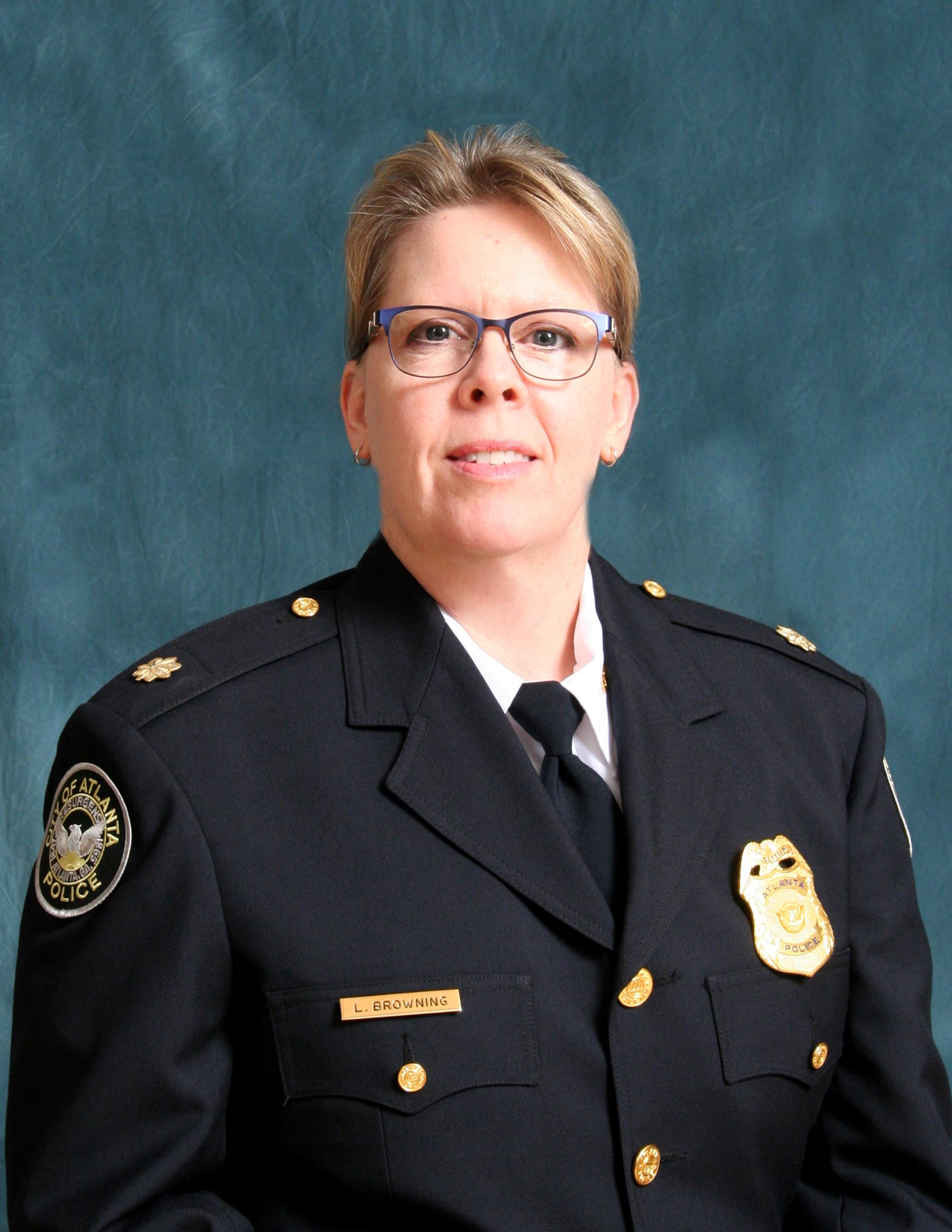