Major Michael O’Connor has more than 20 years of service with the Atlanta Police Department. He joined the Department during its hiring push for the 1996 Summer Olympic Games and as a recruit, he won the Atlanta Police Academy’s “Top Gun” award for earning the highest cumulative shooting average.  He currently serves as Major over the Special Enforcement Section.

In 2006, he was promoted to investigator and assigned to the Special Victims Unit. As an investigator, he was instrumental in capturing a notorious serial rapist who was operating in the Zone 1 area.

In 2007, he was promoted to sergeant and returned to Zone 1. As a sergeant in Zone 1, he worked several assignments including patrol, criminal investigation, and crime suppression. In this assignment, he gained valuable event security planning experience and worked on several large-scale events including the Peach Drop, Southeastern Conference Championship Games, Dr. Martin Luther King, Jr. holiday festivities and much more.

In 2010, he was promoted to lieutenant where he held numerous assignments that included criminal investigations, narcotics, auto theft, and tactical crime analysis. As a lieutenant, he partnered with several agencies to create a statewide initiative to track stolen vehicles sold to recycling facilities and was honored as the supervisor of the year for his efforts.

In 2015, he was appointed to the rank of captain and assigned as the Homicide Commander. While assigned to the homicide unit, he oversaw several high-profile investigations and helped the unit reach an 86 percent clearance rate. As captain, he also worked as the Assistant Zone Commander for Zone 1. In this role, his primary responsibilities included precinct day-to-day operations, community engagement, patrol, investigations, and crime suppression. While the Assistant Commander in Zone 1, he also managed The English Avenue Neighborhood Drug Market Initiative, a partnership effort between the United States Attorney’s Office, Atlanta Police Foundation and Atlanta Police Department to clean up the Vine City area. This highly successful partnership helped to revitalize housing development and dramatically reduced open-air drug sales in the neighborhood.

Major O’Connor holds both a Bachelor’s Degree from Bellevue University and a Master’s Degree from Boston University. He is also a graduate of Northwestern University’s School of Police Staff and Command and has attended the Police Executive Research Forum’s Senior Management Institute for Police in June of 2017. He is a POST certified general instructor and firearms instructor. 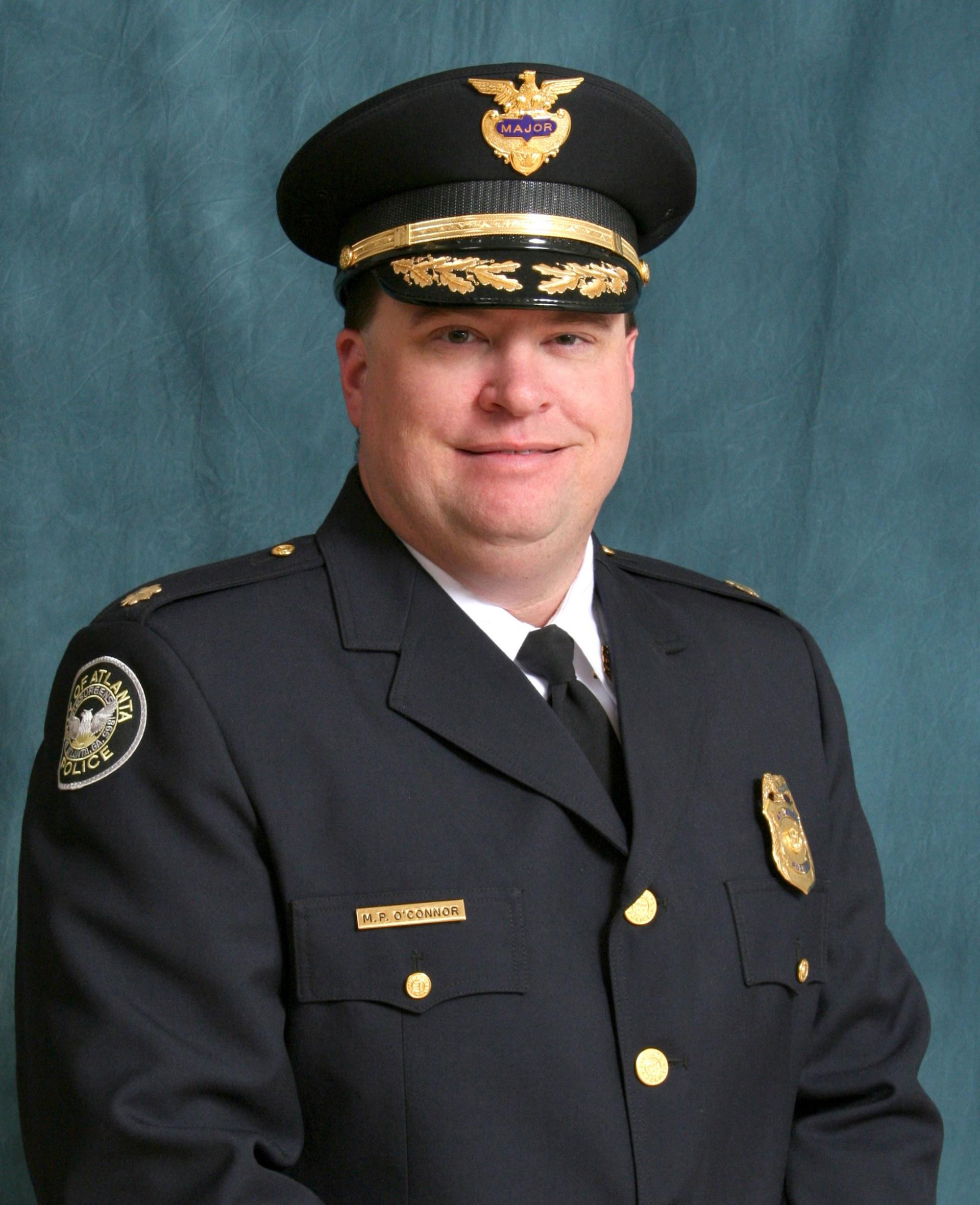